In this lesson, you will learn five characters that relate to “things” or making them.

Above you can see another good example of the effects Hanja can have on your Korean studies. Assuming you never knew the word “합작,” understanding that the Hanja representation is “合作” makes it clear that the word mean “some product made by collaboration.”

Early in my Korean studies, I learned the word “무료” which I simply understood to mean “free.” After I learned the Hanja characters for this word (無料), I understood it better to mean “without cost.” After that, I learned the Korean word “유료” to indicate that there will be a charge for something. For example, if you go into a parking lot, you might see a sign saying “무료,” meaning “free of charge;” or a sign that says “유료,” which means that you will have to pay for the parking.

The word “유료” is a relatively difficult Korean word, because it is hard to translate to English perfectly. Although “무료” is usually learned very early in one’s Korean study, “유료” is usually learned much later. However, with your understanding of the Hanja characters, the word becomes easier. Even though I haven’t introduced the character for “유” (有) yet, it basically means “to have,” and therefore, “유료” (有料) means “to have cost.”

I work at a Korean school where the students write mid-term exams without any supervision. The goal is to teach them about being honorable and that – even if they can cheat, they shouldn’t. At our school, this is called “無감독,” which means “without supervision.” However, our grade 12 students do write their exams with supervision. We don’t have a word for this specifically in the school, but when our principal was trying to describe it, he jokingly called it “有감독.”

有 is one of the most common words in Chinese. It is essentially the same as the Korean word “있다” when it is used to indicate that one “has” something. 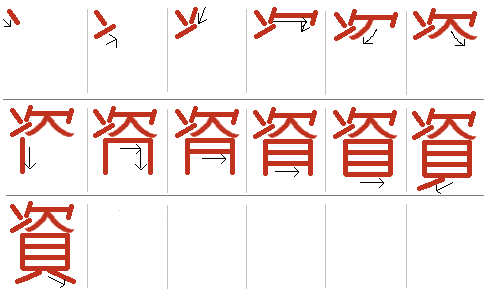 When I first learned many Korean words, I was always curious why some words would have the same syllable used side-by-side. For example, we see the syllable “자” used twice in succession in the word “투자자.”

Knowing the Hanja characters explains this. The first “자” (資) is relating to the investment(/wealth) meaning of the word. The second “자” (者) indicates that this is a person who invests. 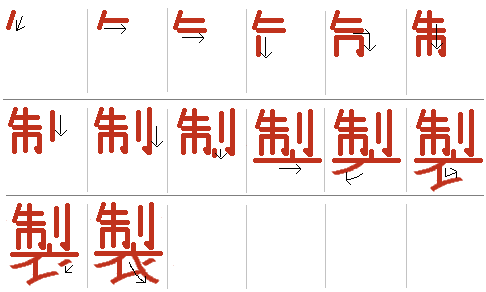 You are probably getting good at this by now, but you are usually able to guess the meaning of a Korean syllable (and thus, its corresponding Hanja character) without studying the Hanja character specifically.

Take a look at the word “복제” in the above list of commonly used words with 製. You know that “제” means “to build” or “to make,” and that the word “복제” refers to a duplication.

What do you think “복” could mean? You haven’t learned this Hanja character yet, but you could probably guess that it means to repeat something, or to do something again. You will learn the Hanja character for 복 (復) in another lesson, but this is a good time to realize that you can often guess the meaning of a Korean syllable intuitively by thinking about the Hanja characters that you already know. Just for fun, here are some common words that “복” can be found in:

That’s it for this lesson!

Okay, I got it! Take me to the next lesson!
Click here for a PDF copy of all our Hanja lessons.