In this lesson, you will learn five characters that all have meanings related to countries.

Drawing the character 韓 is somewhat difficult as a beginner because there are a lot of strokes that need to be performed. A lot of times a complex character also has a complex meaning and is not very common in Korea. However, this character literally means “Korea,” so you can find it in many places. Writing around any government buildings, web-pages or documents is often very formal, therefore the Hanja characters are often written as well. 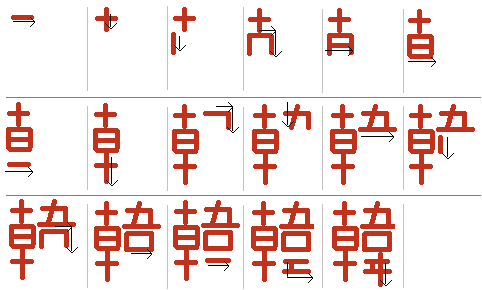 Used along with other characters to represent the masses of a population.

This character is actually written on signs all over Korea in its Hanja form – therefore, everybody should be able to recognize it. The most common places you will find it is on signs designating that a store is a beauty-parlor/hair-salon.

The “United States” in Korea (and Chinese for that matter) literally translates to “beautiful country.” As a Canadian, I take offense to that.

You learned earlier that the character “韓” means Korea. It is very easy for learners to be confused between “韓” and “漢”, which are both “한.” You will find the character 漢 on various things around or in Korea in relation to the Han River (the river that goes through Seoul). However, 韓 is typically used to refer to things that literally refer to the country of Korea (for example, the country itself, the language and the people). 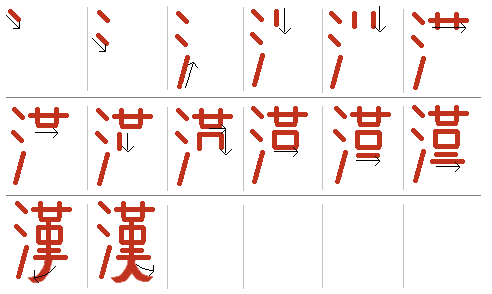